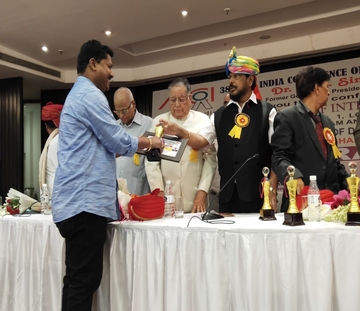 The national intellectual property awards are given to outstanding innovators, organisations, companies once a year on the occasion of the World Intellectual Property Day. It recognizes those whose artistry and imagination have resulted in works socially, service wings, performances or productions that have had outstanding impact or whose activities have fostered greater respect for the creative output of those working in the cultural, entertainment and education sectors. Dr.Selvaganesh., TN State President Of Bharatiya Hindu Parivar and National president of Anticorruption Viglance Council (International Movement) receiving Honorary Doctorate Award from The Universal Tamil University. Honorary degrees are usually awarded at regular graduation ceremonies, at which the recipients are often invited to make a speech of acceptance before the assembled faculty and graduates – an event which often forms the highlight of the ceremony. 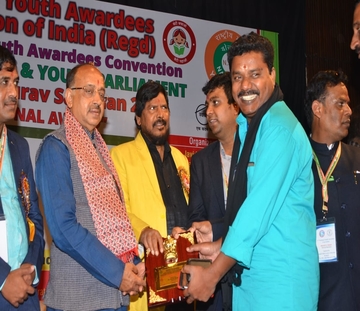 Dr.Selva Ganesh., With Hariharan Raja Sharma also known as H. Raja is an Indian politician and a law graduate. He was born to a brahmin family in Melattur.